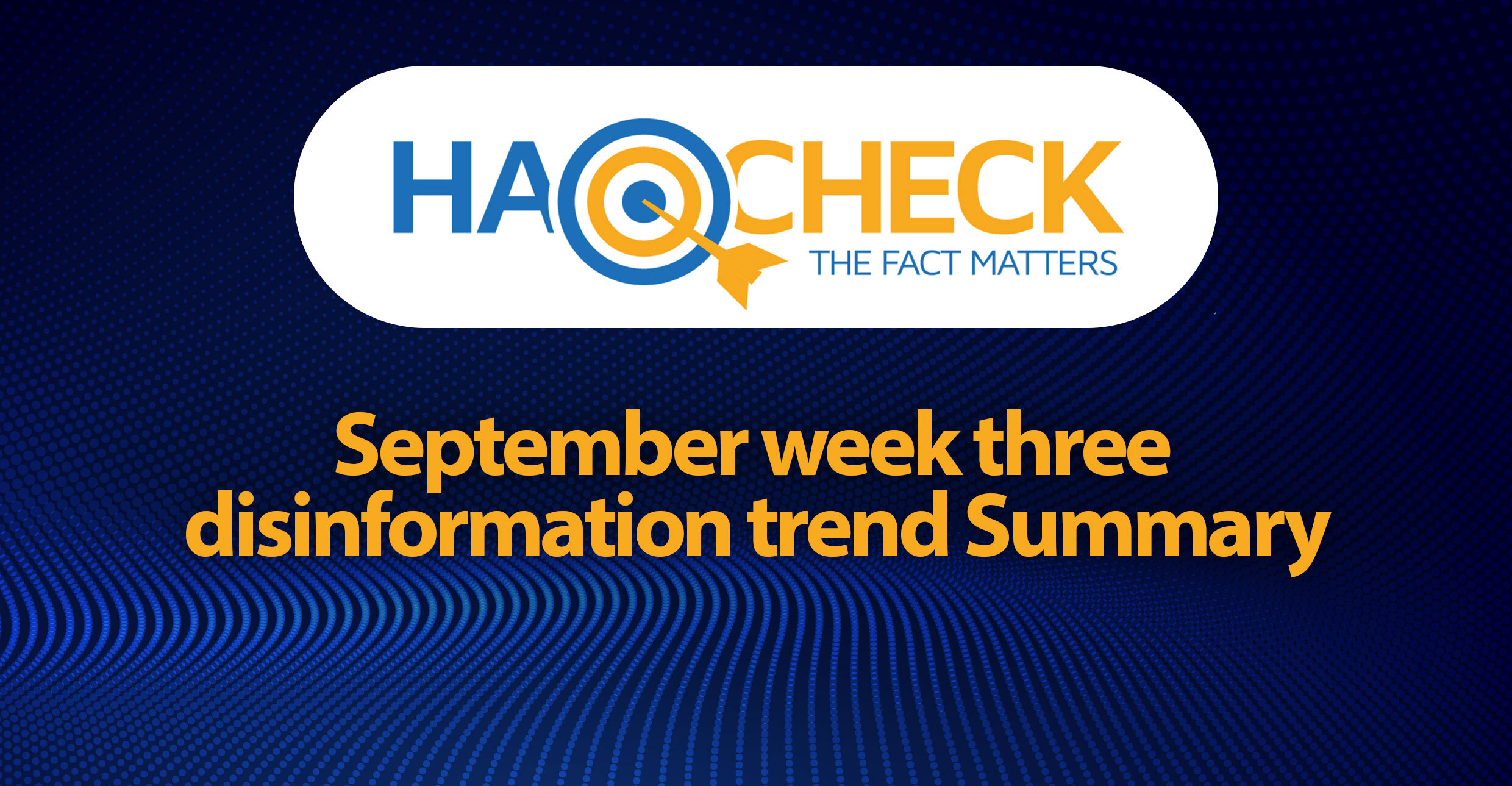 Dissemination of false disinformation particularly on social media platforms was relatively intense in the past week. This is supposed to be mainly due to the resumption of conflict between the Tigray People’s Liberation Front (TPLF) and the Ethiopian government.

Amid the resumption of the fighting between the belligerents, reports of battles and aerial strikes appeared on social media and news sites. Many false images and videos circulated on social media supporting claims related to the fresh fighting.

In this summary are covered social media disinformation posts debunked by HaqCheck during the third week of September 2022.

A Facebook page with 96 thousand followers posted an image on Sep 9, 2022, claiming that Amhara militants were captured in the ongoing war in the western Tigray region, Dedebit. The post was shared ten times.

However, HaqCheck confirmed that the image doesn’t show recent prisoners of war in the ongoing war. The image was first posted several months ago on Oct 16, 2021, along with an article regarding the ongoing war in Ethiopia.

HaqCheck found out that the five pictures of the images shared to support the claim were old and don’t show drone attacks in Tigray during the recently resumed fighting.

The first image was shared on Jul 14, 2016, on Facebook for the first time with a claim that it shows a car belonging to an official of the then EPRDF regime set on fire by the protesting youth of Debark.

The second image was published on a website on Oct 4, 2016, and shows protestors destroying trucks and machinery belonging to the Dangote Cement Factory located in Ada Berga town, Oromia region.

The third picture was published on a news site on Dec 21, 2021, along with a news article that drone attacks in Tigray hit a bus and marketplace at the time.

HaqCheck did not find the fourth image that accompanies the claim on Facebook.

The fifth and sixth images were shared on Facebook on Oct 9, 2021, with a claim that the TPLF forces had sustained drone attacks by the Ethiopian government.

A false image of an alleged drone strike

The post appeared after reports of aerial strikes by the Ethiopian government in Mekelle emerged.

However; haqCheck confirmed that the image doesn’t show recent drone attacks during the ongoing war. The image was first posted more than a decade ago on Mar 2, 2008, titled Netherlands Apache strike in Afghanistan.

A false video of alleged recent prisoners of war

A viral video was shared on Twitter on Sep 13, 2022, claiming that it shows Ethiopian prisoners of war surrendered to the Tigray People’s Liberation Front (TPLF) forces during the resumed fighting.

The video was shared close to 700 times on Twitter and was watched by over 37 thousand users on the same platform.

The video-supported claim appeared on Twitter after the TPLF claimed that it destroyed many divisions of the Ethiopian National Defence Forces (ENDF) and the Eritrean Defence Forces (EDF) that tried to advance into territories currently held by TPLF forces.

However, the video is found to be old and doesn’t show Ethiopian POWs captured by TPLF forces during the recently resumed fighting.

The video was published previously on Facebook by the Voice of America Amharic on May 19, 2022, in a news report that TPLF announced to release of 4208 POWs belonging to the ENDF.

A Twitter account with more than 7 thousand followers shared a post on  Sep 15, 2022, captioned, “Breaking! The despotic regime of Eritrea has ordered civilian workers under 55 years of age including banking professionals to military duty.”

The image was also shared on different Twitter accounts with a claim that the Eritrean government is forcing elders to join the Army.

HaqCheck crosschecked the image and found it previously shared on a website called Asmarino.com on July 03, 2016.

A false image of aerial bombardment in Mekelle

On Sep 15, 2022, a tweet appeared sharing an image to support a claim that the Ethiopian government recently bombarded Mekelle using drones.

HaqCheck found out that the image posted to support the claim was old and doesn’t show drone attacks in Mekelle during the recently resumed fighting.

The image was first posted on Dec 04, 2020, by VOA Afaan Oromoo one month after the war broke out between the TPLF and the Ethiopian government.

HaqCheck recommends social media users be skeptical and avoid sharing posts that are not verified. They should look for additional sources for controversial information they encounter before they share or take in the information on social media.

HaqCheck urges social media content creators to be responsible and avoid being the agents of the dissemination of disinformation.

The government and other concerned entities are recommended to guarantee full access to information and updates regarding ongoing matters. 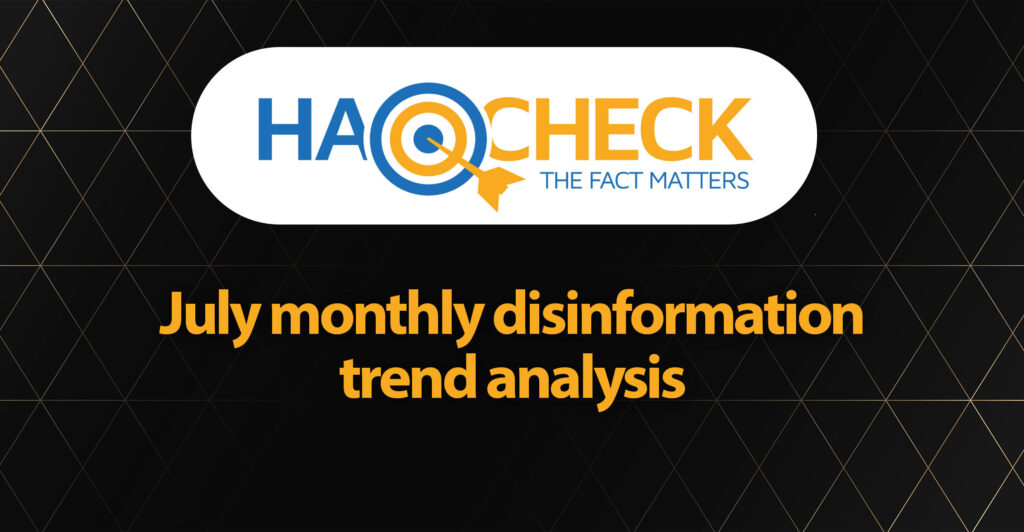 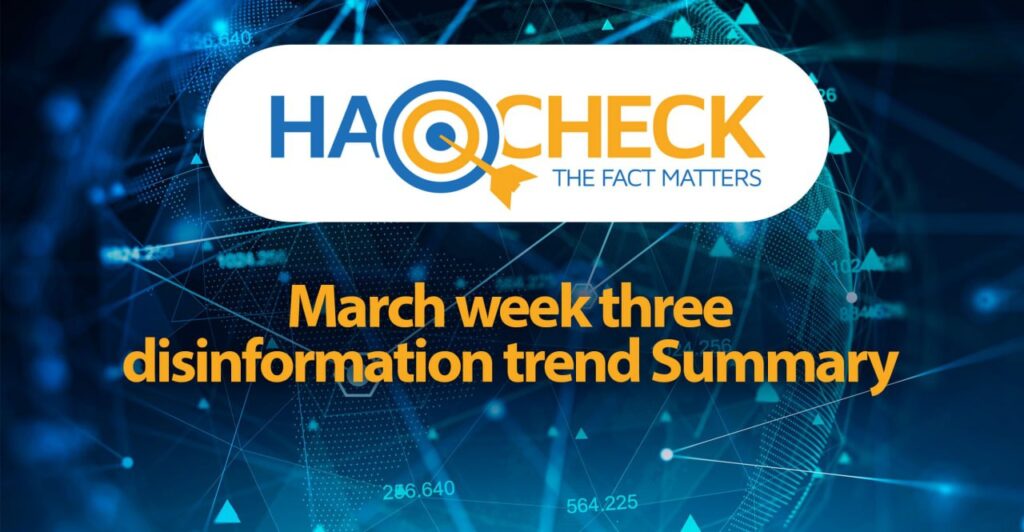 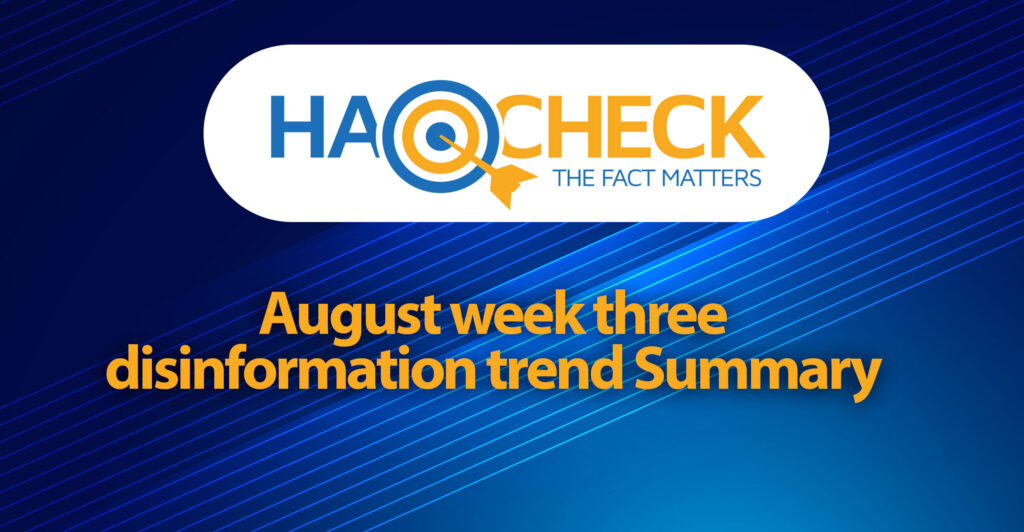 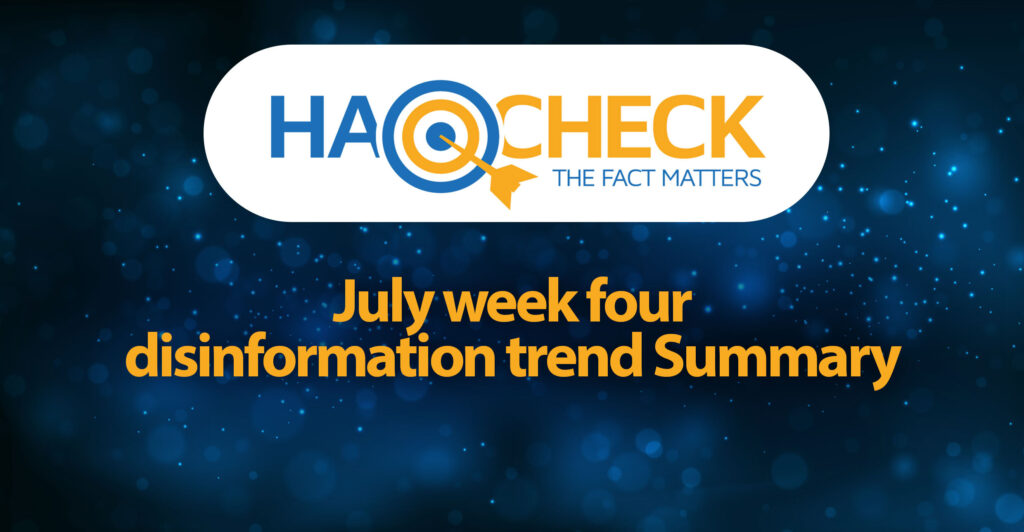 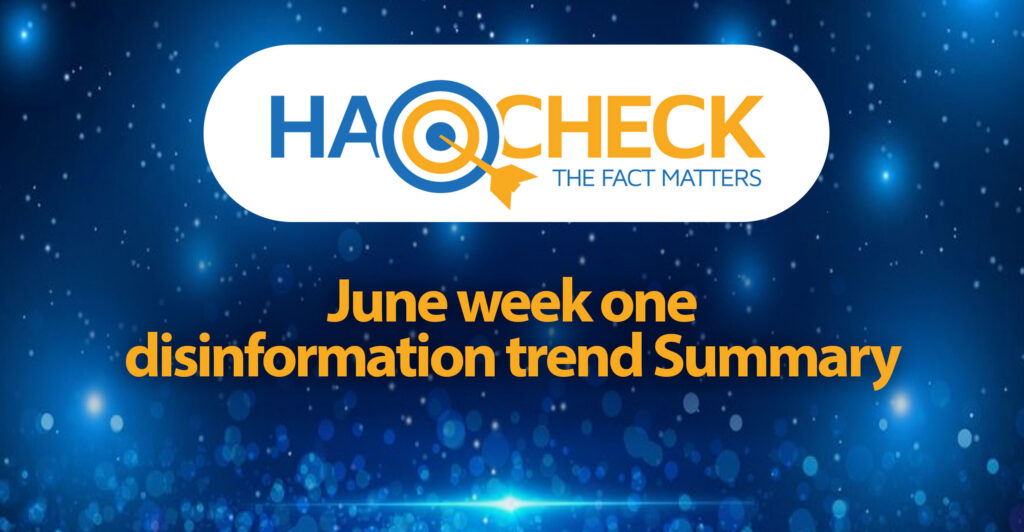