Martin Plaut, a well-known South African-British journalist was recently pelted with a milkshake by an Eritrean, a viral social media post claimed on Dec 4, 2021.

Another claim was made on Facebook on Dec 6  that Martin Plaut was recently pelted with a bucketful of wastewater.

HaqCheck, however, investigated the Facebook posts and has confirmed that the claim is FALSE. 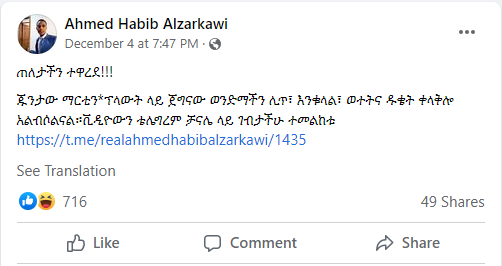 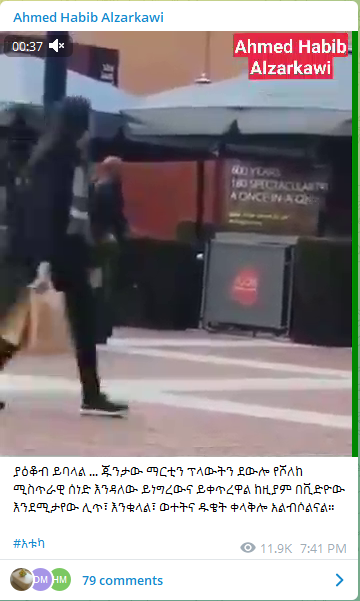 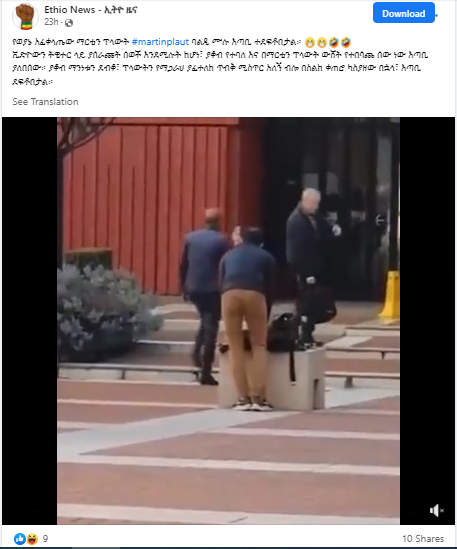 Martin Plaut is a renowned South African-British journalist and academician. He specializes in the Horn of Africa and South Africa and is a well-known critic of the Eritrean government. He wrote many articles on Eritrea and a book titled ‘Understanding Eritrea: Inside Africa’s Most Repressive State’.

Ethiopian state-affiliated media outlets have accused Martin Plaut of fabricating and spreading false information against the Ethiopian government. On Apr 10, 2021, Ethiopian Press Agency posted a video of Plaut on its Facebook account stating that the journalist was ‘caught while lecturing on how to fabricate fake news.’ In another report, the  Ethiopian Broadcasting Corporation said that Martin Plaut was ‘spreading false information on his Twitter account.

It is in such a context the Facebook post emerged claiming that Martin Plaut was recently splashed with a bucketful of milkshake by an Eritrean. The post was shared over 49 times and the video clip was viewed by close to twelve thousand accounts on Telegram.

The second video that claimed a bucketful of wastewater was recently thrown over the journalist, had been shared over ten times and watched by close to three hundred accounts on Facebook.

However, the video posted by both Facebook pages doesn’t show Martin Plaut recently being splashed with a milkshake in harassment. The video clip was taken from a source three years ago. On Nov 30, 2018, Martin PlautPlaut was splashed with a bucketful of milkshake by a man called Yakob Gabriel. The video that shows the happening was posted on YouTube a day later on Dec 1, 2018. These two recent Facebook posts took the video from three years ago and claimed that the video was an account of a recent incident.