A Facebook page that has more than 60,000 followers published a post with a compilation of images on September 14. The post states that people of Mekelle are in resistance saying, “We had enough! We don’t tolerate the Junta (referring to TPLF) anymore! We don’t know the whereabouts of our children, while those alive are coming back losing their limbs”. The images attached to the post show road blockades, demonstrating people clashing with security forces, and dwellers gathering on streets in surprise.

However, the images are found to be inaccurate and are rated as False. 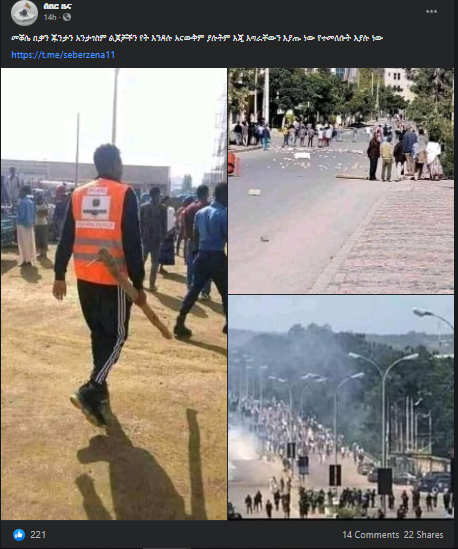 The ongoing  Tigray conflict between the Ethiopian federal forces and the Tigray People’s Liberation Front (TPLF) since November 2020 had various social repercussions. One of the issues that were tremendously focused on by the international community and the media was TPLF’s use of child soldiers on the front line of active battles

Basically triggered by the story published in The New York Times and other similar allegations, it was reported that TPLF is conscripting child soldiers into fresh battles. Interviews of supposedly captured child soldiers were also aired on Ethiopian national television. Over the past few months, different false information had been emerging regarding the subject, including the one debunked by HaqCheck and this Facebook post.

However, a reverse image search of the pictures shows that they are not related to the incident reported by the post. While the first image can not be found from any source in our investigation, the other two were actually taken at different times and places. 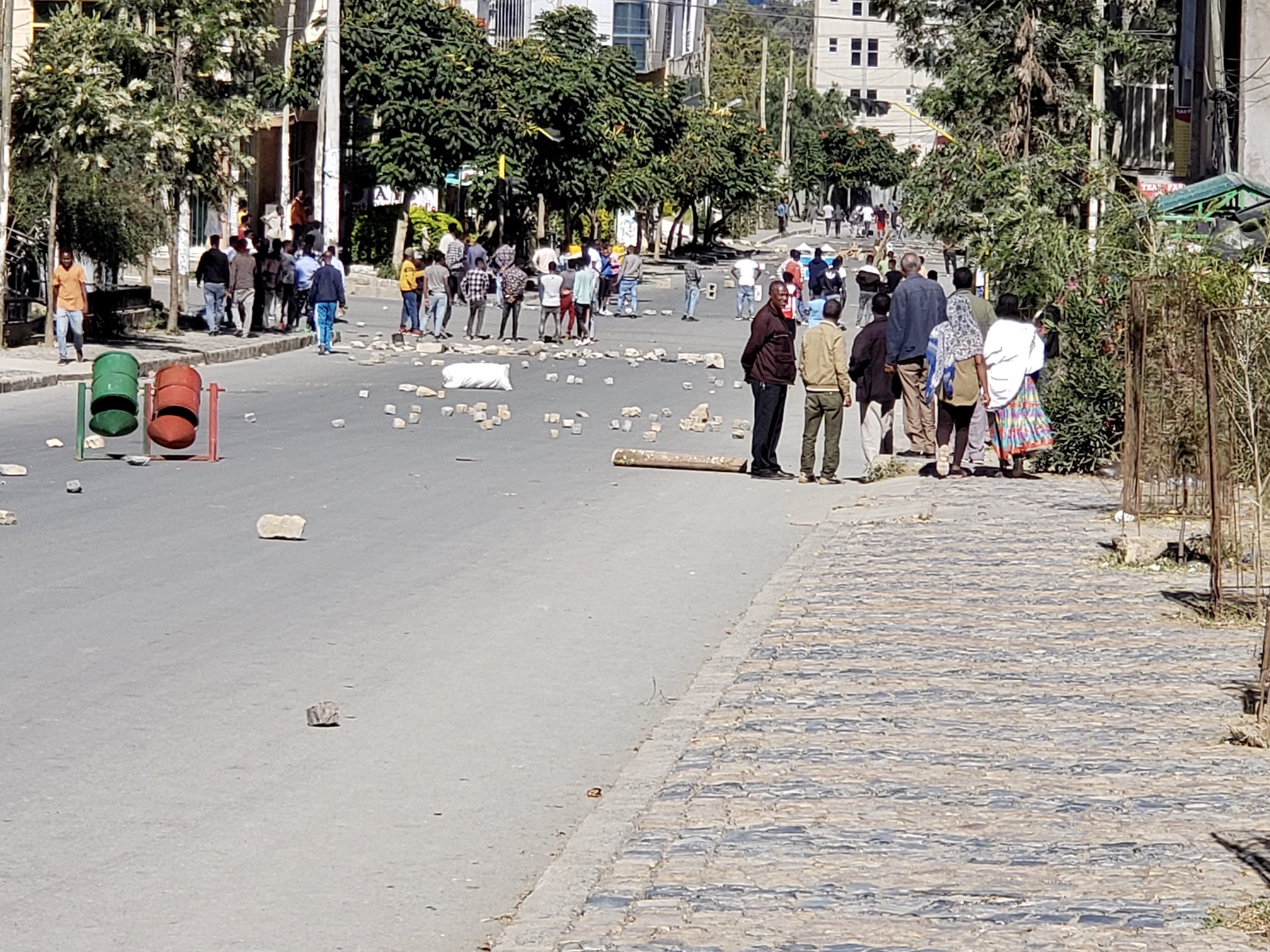 The second image can be found in a Tweet from December 3, 2020. The caption reads “…People of Mekelle are out in the streets blocking all roads & confronting the armed Eritrean troops & Amhara militias…” 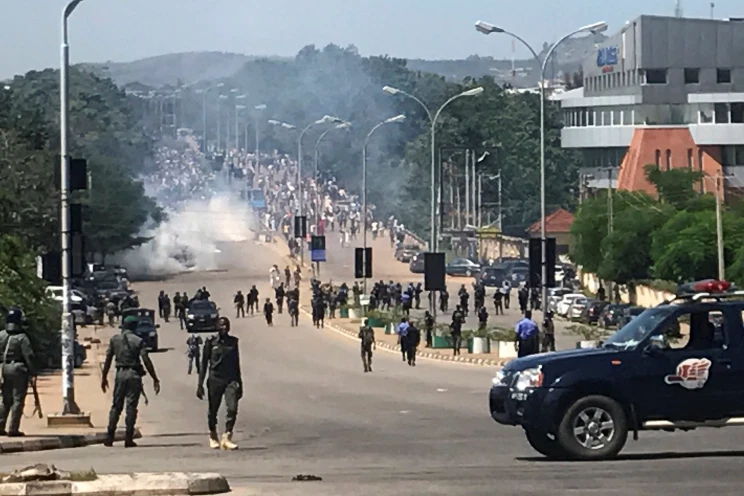 The third image was taken during a protest in Abuja, Nigeria, by Reuters reporter Abraham Achirga, on October 30, 2018. It is found attached in a news article entitled “Nigeria police fire on Shi’ite march, kill protester-group” alongside other pictures from the incident.

It is apparently clear that the image in the Facebook post is also cropped out from the original one.

Therefore, due to its usage of inaccurate images, the post is rated as False.